As described in previous posts until now I used an Arduino Mega controller for my Ardros robot. In most cases this controller provides more than enough power. Mainly out of curiosity but also in order to overcome problems with encoder ticks counting when my motors run at full speed I decided to give the Leaf Lab‘s Maple controller a try.

The Maple is based on the 32-bit STM32F103RB ARM Cortex M3 microcontoller running at 72 MHz. Apart from the drastic speed improvements, what makes the Maple so attractive is that it uses the same pin layout as the Arduino and comes with the same IDE and hardware abstraction. 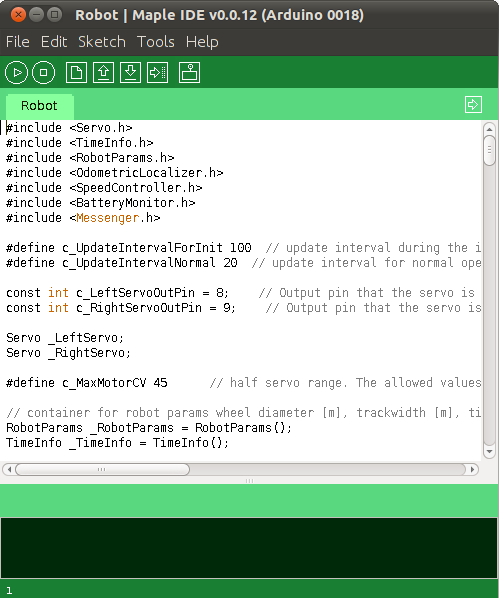 As a result the transition from Arduino is fairly easy. Naturally there are differences, though. They are summarized here.

The port of the complete Arduino program including the libraries that make up the Ardros – Controller and Drive System was rather painless and is now running on my robot. The source code is available on my Google code site drh-robotics-ros. This post is based on revision 104 of the code. The relevant subdirectories are Robot and libraries.